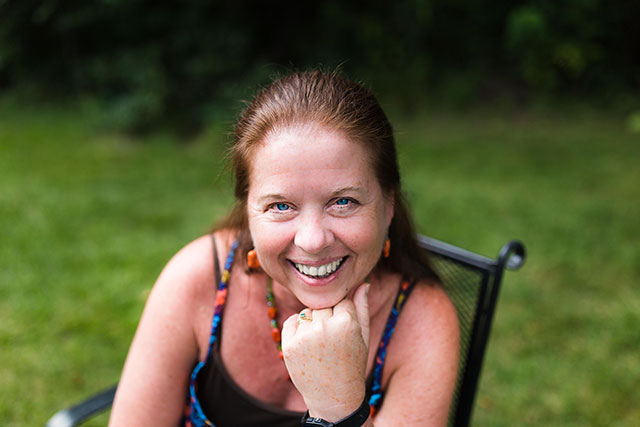 I was a CHOICE client before I became a midwife. In 1983 when I was seven months pregnant with my first child, I knew I wanted a natural childbirth so after interviewing several physicians who could not offer me what I wanted, I met a mom who had a home birth through CHOICE. Unfortunately, after a long labor on the second hottest day in Columbus’s history my labor stalled and we decided to transfer from home to hospital. My first home birth was in 1985 with my second child. After having a hospital and home birth, I found my path to midwifery. I was dedicated to educate families about their choices in childbirth and to assist them in having an active role in the birth of their children. I began an apprenticeship with CHOICE in 1987. In 1988, while working on my apprenticeship, we closed the CHOICE office since all the midwives either moved or took a sabbatical. I attended a few births during that time with a local CNM. In 1990, I gave birth at home to my third child. During that year I received many phone calls from past CHOICE clients who wanted to give birth at home. That summer Abby and I started seeing families in my home. My home remained the new CHOICE Office for the next eight months. We decided we needed to find a “real” office after a prenatal day when there was a family in the living room, one in the dining room and someone waiting on the stairs for an appointment. In February of 1992 we found the CHOICE office in Clintonville. In 1995 I became a Certified Professional Midwife (CPM) through the North American Registry of Midwives. From 2002 to 2005 I taught the CHOICE Childbirth Education classes. I became active in midwifery on the local and national level. From 1995 to 2001 I was the Membership Chair for the Midwives Alliance of North America (MANA). From 1998 to 2001 I was the Membership Chair for the Ohio Midwives Alliance. In 2001 I was appointed Treasurer and served on the Board of Directors for the Midwives Alliance of North America. In 2001 the Ohio Midwives Alliance honored me as the Midwife of the Year. My local newspaper wrote an article about me with a picture of my children, wearing their “I was born at home” t-shirts, on the front page of the newspaper. My second term as Treasurer for MANA ended in 2009 and I volunteered for the position of Exhibit Chair for the Midwives Alliance of North America Conferences from 2009 to 2011.

Midwifery is the most challenging, exhausting and incredibly satisfying career one could imagine. I am passionate about empowering women to listen to their bodies and discover their own strength. I am honored to bear witness to each birth and help hold the sacredness of this passage.