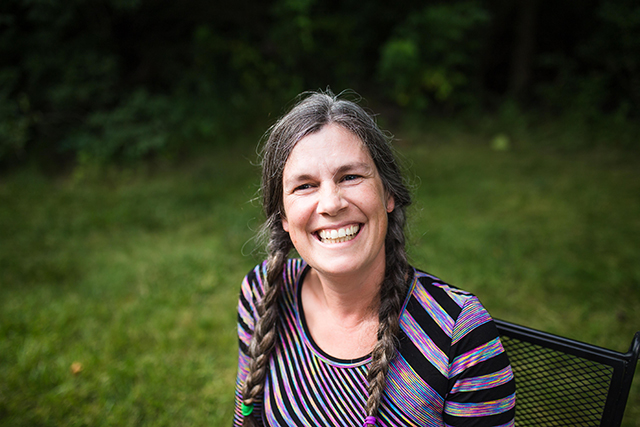 My first exposure to “out-of-hospital birth” was through a woman I met while traveling the summer of 1992. One afternoon she told me her plans to give birth in a hotel in whatever city she happened to be in when she went into labor. What? That really got me thinking. I ran into her and her beautiful new son later that summer, probably four states later. This woman had nothing but awesome and empowering things to say about her natural birth.

The following year, as part of my orientation to Prescott College I went on a month long backpacking trip from Northern to Southern Arizona. While on this trip I spiked a high fever. Seeing a doctor was not an option. My guide offered me Goldenseal Root capsules as an alternative to an antibiotic. Within two doses I was remarkably better.

Looking back, these two events dramatically influenced my future path into alternative healthcare. I graduated from the California School of Herbal Studies in 1997 with certification as a Therapeutic Herbalist. Two inspiring years were spent learning botany, plant identification, proper growing and harvesting techniques, Materia Medica, medicine-making, aromatherapy, the sacred way of herbs, as well as gaining clinical experience. Soon after graduating I started my own small herbal medicine business which eventually evolved into the present day venture, Green Magic Apothecary. Green Magic Apothecary specializes in traditional herbal remedies such as salves, oils, tinctures, syrups, and teas.

Drawn back to Ohio in late 1999, I enrolled in Massage Away School of Therapy in Columbus. I wanted an improved understanding of human anatomy and physiology and had decided massage school would give me that and a career. Three months before graduating I gave birth to my first child, at home with CHOICE midwives. It turned out to be one of the most empowering & transformative experiences of my life.

I became a Licensed Massage Therapist in 2001, specializing in Swedish, relaxation, trigger point, pregnancy, and infant massage. I have worked in a variety of settings such as an alternative clinic, a spa, and in homes.

After experiencing my own positive birth experience I was drawn to get involved with birth on a professional level. I became a trained doula and volunteered with CHOICE, finding the perfect avenue for incorporating herbs and massage. I worked independently as a doula until being contracted by CHOICE in 2002. My midwifery apprenticeship with CHOICE began in 2003. In the midst of my apprenticeship I had my second child at home in a birth tub. I taught Alternative Childbirth Education classes at CHOICE for over five years, reminding women that the strength and intensity of labor and birth is their own instinctual power. I became a NARM Certified Professional Midwife in 2008 and have continued working for CHOICE. I became involved with midwifery on a national level that same year as head of merchandise sales for The Midwives Alliance of North America (MANA). For over four years this position provided me with many opportunities to travel, meet, and learn with midwives from all over the world. In 2014 I was surprised to find myself pregnant with baby number three. We moved into my Grandparents old farmhouse and I had another home waterbirth just about a week after my 40th birthday. I was fortunate enough to enjoy an extended postpartum break from midwifery while building up Green Magic Apothecary and becoming a Certified Independent Placenta Encapsulation Specialist. Along with herbal remedies for your whole family I can also provide you with placenta capsules, placenta tinctures, salves, and prints.

Supporting Women, families, and babies brings me great joy and satisfaction. It is not all rainbows and unicorns. This job comes with unpredictable, long hours, blood, sweat, tears, and the occasional large splash of amniotic fluid………but, it chose me…and I am very happy and honored to take part in it.